10 Worst States For Your Money In Retirement 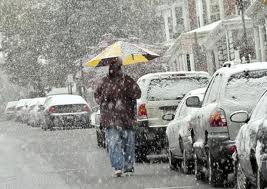 Thinking about relocating in retirement?

It pays to look before you leap.

TopRetirements.com ranked the 10 worst states for your money in retirement in what they’ve called one of their most “controversial” lists ever (no surprise – how many people like to see their state on the “worst” list?).

But if relocation is in your future, be sure to check out the ‘naughty’ list before the big move, so you don’t find out until it’s too late that your new state’s killer tax burden will quickly deplete your retirement nest egg.

What lands a state on the “worst retirement” list?

It all comes down to “money and taxes,” say the list’s creators. It takes a toxic mix of painful property taxes, aggressive taxes on retirement income, estate and death taxes, and a penthouse-level cost of living.

And here they are …. the ten worst states for retirement (with the “worst” at the top)

1.  New Jersey. New Jersey might have its fans, but it’s a retirement tax disaster, claiming the highest property and estate taxes in the nation, one of the highest income tax rates, and a cost of living in the top five. The estate tax is particularly painful, as the state charges both the decedent and the beneficiary for inherited property.

2.  Illinois. In many respects, Illinois is a financial basket case. It has the second highest property taxes in the nation, plus hits up residents with an estate tax and boasts the fifth highest gas tax.  That earns Illinois a permanent spot at the top of the “worst” list  by Top Retirements.com, which complains that “its pension funding, deficit spending, unemployment and foreclosure rates are among the worst” in the nation.

3.  Wisconsin. The Badger State is no friend to retirees, with the fourth highest property taxes in the U.S. and steep income taxes.

4.  Nebraska. Nebraska doesn’t offer much in the way of tax breaks to retirees. Real estate is taxed at 100% of value, and the state charges inheritance taxes as well. (There is a silver lining – as with other states in the heartland, living costs are low).

5.  Michigan. It might be a winter wonderland, but retirees get the cold shoulder due to high property taxes in the Wolverine State.

6.  Vermont. The Green Mountain State may be famous for maple syrup and Ben and Jerry’s, but its bucolic quality of life comes at a price.  The state taxes Social Security and other retirement income, charges high property and estate taxes, and to add insult to injury, tacks a 10% tax on drinks in a restaurant.

7.  Ohio. It may be home to the Rock and Roll Hall of Fame, but the Buckeye State is also known for high taxes on pension and retirement income.

8.  Connecticut. It oozes New England charm, but high taxes make it “a tax nightmare for retirees,” according to Kiplinger’s Personal Finance. High housing costs and taxes on just about everything earned it the absolute “worst” ranking in previous years, until New Jersey took over the top spot.

9.  Rhode Island. “The Ocean State is particularly tough on retirees,” says Kiplinger’s Personal Finance. “Tiny Rhode Island packs a hefty tax burden, giving it the distinction of being  the most tax-unfriendly state for retirees.” The state taxes Social Security, all other sources of retirement income, and charges an estate tax as well.

10.  New York. Big surprise – the Empire State is expensive. It’s one of the top three states for overall high housing costs and also imposes an estate tax. But on the bright side, access to good health care means retirement-age residents live longer than in other states.

10 worst states for money in retirement

← Buying Better Than Renting? Depends On Where You Live
Rethinking Renting →