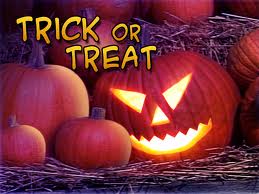 But it may actually be costing you money.

“Customers who joined their bank’s overdraft protection program paid an average of $196 in fees in 2011 compared with $28 for those who didn’t,” says Consumer Reports Money Adviser.

With the protection, you can make debit card purchases and ATM withdrawals even if there are insufficient funds in your account, but you do pay for the privilege. Without the protection, the transactions are denied and you’re not charged.

The National Foundation for Credit Counseling, the nation’s largest financial counseling organization, also recommends opting out of the protection, saying it’s expensive and a “bad decision.”

Overdraft protection, says the NFCC, provides a “false sense of security” and “is only putting a band-aid on the true financial problem: spending more than you make.”

So make sure overdraft protection doesn’t turn into an expensive banking “trick.”

If you don’t watch your balances, that pumpkin spice latte at Starbuck’s could end up costing you a pricey $38!