By Mari Adam on April 23, 2013 in Financial Planning, Investing, Retirement 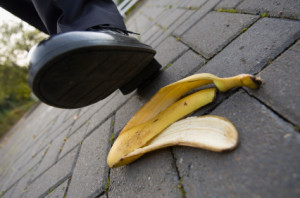 Consider yourself warned.  Greg Daugherty, former executive editor of Consumer Reports, compiled this list of the “5 Deadly Retirement Mistakes,” all of which he says are entirely avoidable by the savvy retiree.

All five of these pitfalls can sabotage your retirement, according to Daugherty, but with clever planning and a realistic mindset, you can avoid the minefields and chart a clear path toward retirement.

Don’t forget that when you finally withdraw money from your 401(k) or IRA, it’s all taxable. That’s a good reason not to take out too much in one year, and an even better reason to make sure you have other monies squirreled away in non-IRA accounts. Many years ago I had a client whose only significant source of funds was in his Rollover IRA. He wanted to take out money to pay off a car loan, and then more money to replace his roof.  All good things, but the resulting tax bill would have been crippling. So always figure the impact of taxes in your calculations, and diversify your retirement savings among tax-deferred and already-been-taxed accounts (like Roth IRAs or just plain old investment accounts).

Have you heard the old saw about only spending 60% of your current expenses once you’re in retirement?  “That may have been the case generations ago, but these days many retirees find that their cost of living either remains the same or even rises,” writes Daugherty. We absolutely agree.  Our experience with clients, over the past twenty plus years we’ve been doing this, is that most spend more in retirement than they’ve counted on. That’s often a good thing, because it means they have more leisure time to travel and enjoy life. But it can wreak havoc on your savings if you’re not prepared.  A recent Consumer Reports retirement survey found that for 55% of retirees, expenses were higher in retirement than when they were working, and often much more so. This is why it’s super important to get a handle on your cash flow and track your spending before you retire.

Mistake #3.  Figuring you can easily get a job

Some retirees count on filling the budget shortfall by getting a full or part-time job once they retire. And of course, many do so. We have clients who snag lucrative consulting assignments and others who embark on fulfilling second careers. But we also know others who can’t get hired because they are “overqualified” (what does that mean, exactly?) or want to make more than just over minimum wage. Daugherty cites an AARP study showing workers 55 and over are out of work, on average, for longer than younger workers. So, as the saying goes, hope for the best, but plan for the worst.  If you absolutely need a job in retirement to make ends meet, be realistic and scout out the employment market before you make the decision to retire.

Flashback to the 1990s.  We once had clients who were sorely disappointed by returns of “only” 22% per year.  Ah, those were the days.  But wake up and smell the coffee.  Now, it’s the era of the “new normal.”  Going forward, market returns may be lower than you think, especially if you have a more conservative, bond-oriented portfolio.  Bonds, in particular, are unlikely to match the returns of the last few decades, when interest rates were higher. As a corollary, don’t plan on withdrawing more than 4% of your portfolio value each year, if you expect your money to last into your 90s (for background, see our previous blog post “Is The 4% Rule Dead?“).

Today, as I’m writing this post, an erroneous “hoax” tweet saying the White House was the target of a terrorist attack drove the markets down 145 points in the space of only a few seconds and temporarily erased $200 billion of value from U.S. stock markets.  Then, as it was discovered the tweet was a fraud, markets recovered. That’s truly a sad commentary on the state of today’s markets, and the consequence of largely computer-driven trading.  So much for long-term investing based on fundamentals, and all that jazz.  Research shows, says Daugherty, that “both stock and bond investors tend to overreact to events, moving money in and out … with breathtakingly bad timing and ultimately ending up with less than if they’d simply done nothing.”  As the saying goes: “We have met the enemy and he is us.” If you tend to be an emotional investor, and try to time the market based on what you think will happen, you could probably achieve better results by hiring a professional to take over the investment reins.

← After “Significant Life Events,” Women Do Make Positive Changes
Quote Of The Week: All It Takes Is 10% →