Are College 529 Plans In Danger?

By Mari Adam on January 26, 2015 in College, Financial Planning 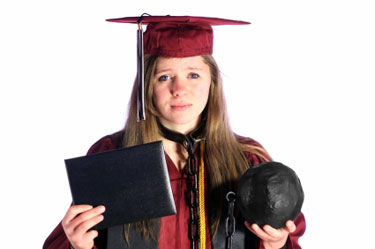 Many of you heard last week that President Obama proposed stripping college 529 plans of  their tax-free growth status.

Under current law, college 529 plans work something like a Roth IRA. There’s no federal tax deduction for contributing money, but money does grow free of tax and can be withdrawn free of tax, if used for qualified higher education expenses.

Many of our clients use these plans. Some are set up by parents, but quite a few are established by grandparents. They like being able to “help out,” and appreciate knowing that the funds are still under their control and can only be used for college unless they direct otherwise (no worries that Junior will use the money to pay for full body tattoos, or Dad will gamble it away in Vegas).

We’ve already fielded quite a few questions about the White House’s new proposals, so here’s a quick summary:

Even if the proposals are enacted, they will not affect existing 529 balances.

So those of you who have already contributed to a college 529 plan, rest easy. The White House proposal would apply to new contributions only. Existing 529 balances would be exempt.

Both varieties of 529 plans – college savings plans and prepaid tuition plans – would likely be affected.

There are actually two types of plans, prepaid tuition plans (Florida offers an extremely popular one that thousands of Floridians use) and college savings plans. Details on the White House proposals are skimpy, but it seems both types of plans would lose their tax benefits.

Americans of all income levels depend on 529 plans to pay for college.

These college savings plans are popular with people at all income levels. That’s especially true of the Florida Prepaid, which is one program that truly makes college accessible to working class families. In our experience, clients using the plans are predominantly middle-class. According to the Investment Company Institute, the average 529 account balance is only about $21,000.

From what we’ve read, the Florida Prepaid College Plan – used by thousands of Floridians at all income levels – would be gutted by these new proposals. That would be a severe blow to our state’s residents.

College 529 plans are a success, and reduce the need to borrow for college.

Let’s face it, with college running $15,000 to $60,000 per year, you need all the help you can get! The more Americans save for college, the less students need to borrow, and growing student debt is just another financial landmine waiting to explode.

The fact is that most people need tax incentives to save for college, or their own retirement.  (That may not be PC, but it’s reality). Take away the tax incentives and they’ll cut back on saving, which just transfers more of the bill to the federal and state governments.

College prepaid and savings programs have been a great success.  “529 plans have succeeded in getting millions of mostly middle class American families to save toward future college expenses,” says 529 guru Joe Hurley, founder of the Savingforcollege.com website.

Good news, these proposals to cut the tax incentives for college 529 plans seem unlikely to pass.

Never say never, but the popularity of the college savings plans makes cuts unlikely. Most 529 industry experts are opposed to the new proposals., and feel the revenue generated would be minimal, as participants would just stop making new (eventually taxable) contributions.

Under the new proposals, growth in college plans would conceivably be taxed as ordinary income at a taxpayer’s highest marginal rate. Savvy taxpayers would do better to keep college-earmarked assets in their own name, pay lower capital gain tax rates on growth, and avoid college savings plans altogether.

Result: no new revenue generated from college plans, fewer turnkey savings options like the Florida Prepaid, and an even steeper access ramp to higher education for America’s families.

Definitely not a legislative home run for the team at bat.

← Quote Of The Week: Making The Money Last
Did The President Read Our Blog? →