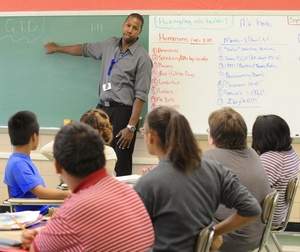 Are state and local government workers, as well as public school and university employees, being fleeced by the insurance companies who have a lock on offering them retirement plans?

That’s the charge in the recent article by Edward Siedle in Forbes, as he exposes the “massive looting of government and educational workers that’s been going on for decades.”

Those are fighting words, indeed. But based on our more than twenty years of experience in the financial industry, they are unfortunately all too true for many unsuspecting teachers and government workers.

Same thing, right? Not really. The Forbes article calls 457 and 403(b) plans the “Wild West of retirement planning.”

Unlike the no-commission mutual funds available in most 401(k)s, public workers are herded into high-cost, high-commission variable annuities by the commissioned salesperson often found hanging out in the teacher’s lounge.

Who sponsors these high cost products that can suck the life out of your retirement fund?  According to the author, it’s “insurance companies peddling high-cost, tax-deferred variable annuities with crappy proprietary mutual fund options and high-risk fixed accounts.” Instead of using straightforward mutual funds, the insurance companies use variable annuity “wrappers” that “may easily double or triple the overall cost to the investor.”

Why the push for annuities? “Variable annuity products are exponentially more profitable to their issuers than almost any other retail investment,” asserts the article.

We recently did research for one of our clients, a Broward County (Fort Lauderdale) public school teacher, to locate the best 403(b) plan so she could save money toward her retirement.  Alas!  After making calls on her behalf to numerous commissioned salespeople on the “approved” school list, we found that not a single one would let her invest on a no-load, no-commission basis (however, we did get offered a fixed annuity investment with an unbelievable 15-year sales charge!!). Rather than see her waste her money on such drivel, we said something we almost never say — that she was better off not participating in her workplace retirement plan, and not deducting her contributions because the available choices were so unappetizing.  Sad to say, we’ve encountered the same set of circumstances in Miami-Dade and Palm Beach County school districts.  That’s a tragedy in a country where we should be doing everything possible to encourage people to save.

Of course, not all public sector plans are a ripoff.  The federal government, of course, has the super efficient and low-cost “TSP” or Thrift Savings Plan.  Some universities contract with low-cost, no-commission providers like Vanguard or TIAA-CREF. The Forbes article commends the Orange County, Florida Sheriff’s Office for saving its employees a bundle by negotiating a deal with Vanguard.

The Forbes article alleges that employees are being ripped off because (a) those in charge either don’t know any better or (b) they are influenced by the millions of dollars of largesse flowing from the insurance company coffers. If either explanation is true, it would be a huge and cruel disservice to loyal employees.

So on behalf of our many teacher and public servant clients, let’s ask whether it’s too much to ask just to get a fair deal?

Shouldn’t an employee be able to participate in her own retirement plan and invest her own money without getting taken for a ride?

To those who oversee and monitor these plans, we say “Shame on you.”

problems with 403(b) accounts

← 5-Minute Fix: Time To Consolidate Old 401(k) Accounts
Quote Of The Week: The Penalty For Procrastination →

One Response to Are Government Workers Being “Fleeced” by 457 and 403(b) Plans?