Boeing’s Pension Freeze: What Does It Mean For You?

By Mari Adam on March 19, 2014 in Financial Planning, Investing, Retirement 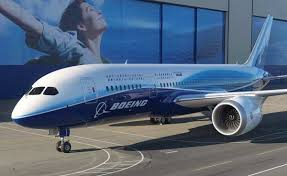 Most of us aren’t covered by a pension.  But is there something we can all learn from the Boeing experience?

Last week, Boeing announced it was following in the footsteps of other major U.S. corporations like Macy’s and IBM in taking steps to terminate its workers’ pension coverage.

Boeing had already stopped offering the pension to new employees years ago.  Now, it’s scaling it back for existing employees.

Traditional pension plans are very expensive.  Boeing contributed $1.5 billion to the pension fund in 2013 alone. The company said it is now forced to dump the pension to escape the “unsustainable growth of long-term pension liabilities.”

Companies are swapping traditional pension plans for 401(k)s. This shifts the investment risk (the risk of losing money in market downturns, or not earning enough keep up with inflation or pay worker benefits) from the company to the employee.

Don’t expect to land a pension at your next job. Relatively few companies still offer pension plans (only about 16% of private sector workers are currently covered), and many of those plans are closed to new hires.

You’ll need to save more to make up for the company’s lost largesse. Face it – you’re on your own for retirement!  Other than Social Security (which will cover only a fraction of your needs), you need to save now whatever you’ll need for thirty years or more in retirement. Gulp! How to do it? Max your 401(k) or other workplace plan, save in your IRA or Roth, and target saving 15% to 20% of income overall via automatic deductions.

Need more help? Hire a Certified Financial Planner® as your “personal trainer” to get you fit for retirement.