By Mari Adam on September 11, 2013 in Financial Planning, Investing 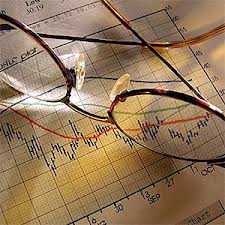 Bonds have been such poor performers this year that many investors are asking themselves whether they should still own them.

While stock performance – at least in the U.S. –  has been something to cheer, overall portfolio returns are being pulled down by losses in the bond world.

The performance year-to-date of the U.S. bond index is so bad that it might be “the worst year for the bond market in the 37-year history of the index,” writes Tom Lauricella in the Wall Street Journal (click here for Tom’s complete article on why “Bonds Still Belong in Your Nest Egg”).  Some categories of bonds, like long-term Treasuries and inflation-protected bonds, are down closer to 10% year-to-date.

“The losses are starting to add up in the bond market, a core part of the nest egg for most retirees. … (but) savers should remember there are still good reasons to keep a hefty slug of their money in bond investments.”

So before you throw in the towel on bonds, here are some important points to consider:

Rates are heading upward, but at an unknown pace

Bond losses to date are due to fears of the Fed cutting back its support of the bond market, reducing the demand for bonds and nudging interest rates upward.  When rates go up, bond prices fall.  But so far, the Fed has only talked about what it might do.  It hasn’t done anything yet. The reality of gradually rising rates might be less damaging than what the market currently anticipates.  Reminds Lauricella, “the central bank isn’t expected to actually raise official interest rates until 2015.”

Bonds are still much less volatile than stocks, and in general, incur much smaller losses. That’s an important consideration for investors nearing retirement, who have less time to rebound from major stock market losses, and who therefore tend to keep a significant part of their portfolio invested in bonds.

Lauricella interviewed Chris Phillips, a senior analyst at Vanguard Group, who observed that “risks need to be put in the proper perspective. The broad bond market is off around 4% for the year, but that’s just a bad week or couple days for stocks.”

Bonds don’t act like stocks.  While sometimes stocks and bonds are up, or down, in tandem, they often move in contrary directions. That helps diversify your portfolio, and protects you from extreme returns. When one type of investment falls off the cliff (think the stock market in 2008), the other may be hitting new highs (Treasury bonds were the only investments to gain in value that year). That ability to “zig” when other assets “zag” is critical. That’s what kept many investors solvent in the Great Recession.

This isn’t the first time we’ve been through this

Morningstar analysts identify three distinct periods of rising interest rates in the past 20 years – from 1994 to 1995, mid-1999 to mid-2000, and mid-2004 to mid-2006. And each time, the impact on bonds and returns has been different. “Of course, as interest rates rise, bond prices fall–this is a mathematical relationship from which many investors have been fleeing. But, certain sectors of the bond market react differently to rising rates.”

In one of the three prior periods of rising rates, bonds lost money for the year but stocks didn’t do much better.  In the second period, they actually had a positive return, only slightly under that of stocks. In the third period, they again had positive returns, but were dramatically outshone by stocks. Of course, in that period (2004-2006), stocks and real estate were just entering into the bubble leading to the Great Recession (which would have been a good reason to hang onto those bonds).

Up or down, bonds continue to pump out income

Whether values are up, or down like now, it doesn’t affect the steady income stream that bonds owners receive. And that’s exactly where bonds truly earn their keep.  They produce a dependable monthly income flow that investors count on to pay their bills.

Of course, it’s disappointing to open your monthly statement and see portfolio values bogged down by bond losses, but it doesn’t change the reality of a constant cash inflow. In fact, when rates do eventually rise, you’ll benefit (despite falling bond prices) as bonds capture and pay out higher yields.

Remember why you own bonds in the first place

Bonds aren’t usually what we would call an exciting investment.  But that’s just the point.  We add them to the portfolio to provide stability, steady income, and a lower risk profile. If you are comfortable with high risk and roller coaster returns, you can keep your bond holdings to a minimum.  But if you depend on your portfolio for monthly income, can’t endure even the thought of a major market decline, and don’t have deep pockets to get you through hard times, it may be a different story.

“Although some investors have run scared from bond funds, it’s important to keep long-term goals in mind, particularly for investors who rely on the income generated from their investments,” says Morningstar.

Back in 1999, we had a few clients who felt left behind by the tech stock boom.  They couldn’t understand why we didn’t put more money into those red-hot companies with stratospheric returns.  We owned some, of course, but we believed in building diversified client portfolios that also included allocations to out-of-favor sectors like value, small-cap and international stocks; real estate investment trusts (REITs) and bonds. “But those investments aren’t doing well,” our disgruntled clients said.  “What’s the point of owning dogs – like bonds and real estate – when we could put that money to better use in tech stocks?”

Well, we all remember how that story ended.  While those hot growth stocks crashed and burned (many to never recover), the worst performing asset classes from 1999 – bonds, REITs, small value stocks (exactly those that impatient investors begged us to dump) – soared to the top of the charts the following year, the investment equivalent of Cinderella at the ball.

The takeaway:  We know it doesn’t always appear to “make sense” to hold on to investments that aren’t doing well, but keep in mind that this quarter’s performance is only a blip on a very long-term screen.  We’re not trying to blow the lights out this quarter, or even this year. Our goal is to get you to your long-term financial destination, with the minimal amount of anxiety and turmoil. That doesn’t mean we ignore performance issues.  It just means we don’t always sell something that’s a good fit for your portfolio, simply because it’s going through a rough patch.

should I own bonds, why own bonds

← We’re Growing To Serve You Better!
Millennials In Need Of Old-Fashioned Business Skills →