Getting Ready for Hurricane Season

By Mari Adam on June 12, 2012 in Financial Planning, Insurance 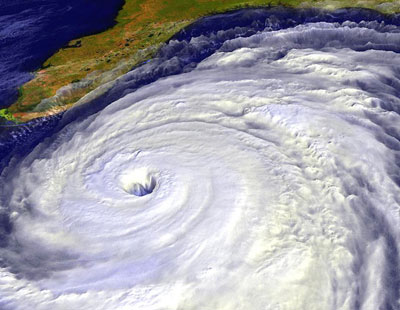 Florida residents have been particularly lucky.  It’s been six straight years without a hurricane. But many in the state have bad memories going back to 1992’s monster storm Andrew, 2004’s record-breaking four hurricanes including Charley, Frances, Ivan, and Jeanne, and 2005’s infamous Katrina and Wilma (the 2005 Atlantic hurricane season was, in fact, the most active in recorded history).

This year’s forecast is for below-average hurricane activity. Forecasters at Colorado State University say they foresee “slightly below-average activity for the 2012 Atlantic hurricane season” with 13 named tropical storms, 5 hurricanes and two major (category 3 to 5) storms packing winds of 111+ mph. They predict a 28% chance of one of those major storms hitting Florida or the U.S. East Coast.

But that doesn’t mean you can neglect making hurricane preparations. First of all, you should know your area’s evacuation policy.  Florida State University professor and  behavioral geologist Jay Baker says that “Floridians often overestimate their ability to withstand a hurricane – and that puts them in potentially serious danger.” In Florida, “too many people believe they are safer than they are” and neglect to evacuate. “Maybe they just need to be more frightened,” says Baker.

Even if you are a storm veteran, it’s always a good idea to brush up on hurricane preparation basics.  For a good guide, check out the South Florida Sun-Sentinel’s Hurricane Preparation Guide for tips on protecting your family and pet; securing your home, car and electronics; preparing your pool; food preparation tips when the electricity goes down; and guides to evacuation and shelters. And don’t forget to bookmark the National Hurricane Center site for up-to-date hurricane maps and forecasts (affectionately referred to by Floridians as the “cone of terror”).

Review your insurance and know what it will, and will not, cover.  About one-fourth of those insured in the state, or 1.5 million homes and businesses, now have state-run Citizens Property insurance, which insures over $500 billion in property. Read your outline of coverage to make sure you understand what your exposure is. In Florida, high storm deductibles of 2 to 5% of home value are now the norm.  One common misconception? Many Floridians do not realize their wind policy will not normally cover flood or water damage. You’ll need a separate flood policy for that.

Even if this is a storm-free season, you could take a hit.  How so?  We’ve heard reports from several clients that Citizens is aggressively auditing policy-holders on a campaign to withdraw coverage discounts, require additional home upgrades as a condition of continued coverage, and raise premiums, which are already frighteningly high. Observers say “a political maelstrom over the cost of property insurance seems inevitable.”

Did You Know?  According to Colorado State forecasters, the state with the highest probability of getting hit by a  hurricane is Florida. Texas and Louisiana trail behind in second and third place.

← Previous Post
How Do Your Funds Measure Up on Stewardship? →