By Mari Adam on October 8, 2013 in Financial Planning, Investing 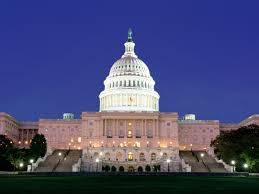 The Washington stalemate is certainly taking its toll.

The government has been closed down for over a week, soon our country may not be able to pay its bills, the safest investments have been losing money, and the rest of the world looks even worse.

So it should come as no surprise that, as investment advisers, we get our fair share of calls and emails from clients, neighbors and friends asking whether it’s time to get out of the market and sit on the sidelines for a while.

I appreciate their frustration. Our elected officials seem to view this as one big exercise in brinksmanship. However, the chips they are playing with are our hard-earned investment dollars, our retirement funds, and our personal financial security blankets that keep us one step away from calamity and chaos.

It’s not an ideal environment in which to invest. But then, when you look back in history, you realize that’s usually the case, and whether the environment is good or bad, we always seem to muddle through, and long-term investment results seem none the worse for the wear.

So as the government shutdown clock ticks away, and the news media hype the coming catastrophe, here’s some important advice to keep in mind:

You can be your own worst enemy when it comes to sabotaging your portfolio in times of uncertainty.

Take a look at the 1993 through 2012 time period. Using numbers from research company Dalbar, the Standard & Poor’s 500 Index generated an average annual rate of return of 8.2% during that twenty-year period, despite the fact that the period in question included “the two worst market declines since the Depression (2000-2002 and 2007-2009),” says Marketwatch commentator and CFP George Sisti.

By doing nothing, you would have earned 8.2% per year, on average.

How is that possible?

The typical investor tends to react to market news – and financial media hype – by buying when times are good, and selling when times are uncertain, like now.  That’s exactly the opposite of what savvy and successful investors need to do. By following the media hype, the average investor cuts his or her portfolio returns in half.

Personally, I think the odds are pretty good. That’s why I’m staying.

There will undoubtedly be bumps along the road. And of course we all want to give Congress a kick in the pants. But investing should be for the long-term, and long-term, this is still the best game in town.

← Use It Or Lose It: Work Longer To Avoid Dementia
What You Need To Know About The New Insurance Exchanges →