Think U.S. Gas Prices Are High? Wait Until You See What They Are Overseas!

By Mari Adam on March 4, 2013 in Financial Planning, Making, Spending, and Saving Money 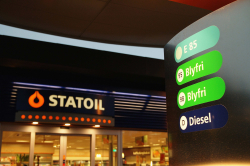 Think your gas bill is high? Americans are now paying an average of $3.75 per gallon and feeling plenty of “pain at the pump,” since average fuel consumption in the U.S. is higher than anywhere else.

But prices here are actually a bargain compared to other countries.

“Imagine shelling out $9.89 a gallon — the  price at the pump in Turkey,” says the newly updated 2013 Bloomberg Global Gas Price Rankings.

How can overseas prices be so high? That’s easy. In many countries, half of the per gallon cost goes to taxes. Here’s a breakdown of the top ten gas prices across the globe.  Be glad you’re not commuting in these countries!

Why so high? Half of that goes to taxes.

Luckily for them, many Dutch don’t use their cars.  They have the most bicycles per capita in the world.

As elsewhere, much of the cost goes to fill government tax coffers.  Says Bloomberg, “Italians now spend the same amount each week to fill their tanks as they do to feed their families.”

Taxes account for 64 percent of the price of gas in Portugal, according to Bloomberg.

Those high prices are taking a toll.  “Wages in Greece declined this year amid the ongoing financial crisis, compounding the pain of rising gas prices,” reports Bloomberg.

The good news for Belgium?  They don’t consume much gas compared to other countries.

With a rate of gasoline consumption that’s below average, the French spend a relatively small proportion of their paychecks fueling up.

Danes have a high standard of living, so are less pinched by these high prices.