By Mari Adam on May 4, 2013 in Consumer Tips, Financial Planning, Making, Spending, and Saving Money, Women and Money 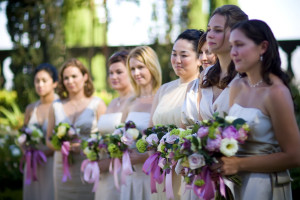 How much do the rich spend on weddings?

The answer is … a lot less than you think.

A recent survey of millionaire households revealed that about half of wealthy people would plan to spend between $100 and $200 on a wedding gift for a close friend or family member.

However, one quarter of those surveyed said they would spend less than $100.

When asked what’s the right amount to spend on a wedding:

A previous survey found that 90% of millionaires “who attribute their wealth primarily to hard work and frugality”  believe that couples place too much emphasis on having a lavish wedding.

Is it surprising that so many millionaires are frugal?  Perhaps not, since one secret of most wealthy people is they spend less than they make.

What is somewhat surprising is that the average wedding in the U.S. now costs $28,427 (honeymoon not included).

To put that in context, over 60% of millionaires think you should spend less on a wedding than the average person (who makes and has a lot less money) actually spends.

Not to sound unromantic, but the cost of an “average” wedding seems a lot for the “average” young couple, who probably starts out married life with little money saved, student loans to pay, and short on money for a house down-payment.

I always wonder if you ask a struggling couple one year after the wedding, if they could do it all again, which would they chose … the big wedding or the same amount of money to pay down debt, build up cash reserves, or buy a house?

Unfortunately, I’ve seen younger clients made big mistakes, perhaps acting under pressure to impress their future life partners (those of us who are older and wiser already know how that turns out!).  One former client raided his retirement account to pay for a fancy Palm Beach wedding.  The couple then splurged on too big a house, and ended up broke and divorced a few years later.

And just to show that bad wedding judgment can strike at any age, one Boca matron confessed to me that she ran up $60,000 in credit card debt for her daughter’s wedding and now intended to declare bankruptcy.  When I pointed out to her that she had over $60,000 in a non-interest bearing bank account, and could easily pay off the debt, she looked at me like I was crazy, and calmly stated, “But then I won’t have my money anymore.”

how much to spend on wedding

← Help! My Long Term Care Premiums Went Up 44%!
Quote Of The Week: All My Successes Came From Failures →