Women: Ghosts In Their Own Financial Lives 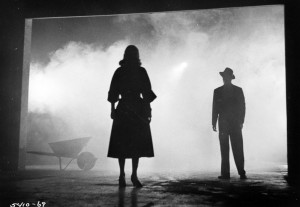 How can you live for over seventy years and not leave a trace?

This isn’t a film noir about international espionage.  It’s a daily reality for some American women who, because they do not work outside the home, have no financial existence or identity.

It’s a case of misguided legislative action, or good intentions gone wrong. But its reality, its impact on real people, is damaging, hurtful and cruel.

Here’s the story of one woman in her seventies who recently became our client after her husband of many years passed away.

Dolores (not her real name) never held a paying job outside the home.  Like many women of her generation, she managed the household while her husband worked, earned the paycheck, and managed the family finances.

When he died, she found herself financially adrift. Unused to handling the budget, supervising investments, or coordinating financial decisions, she came to us. We started with the basics, reconstructing the puzzle of assets, income, expenses to make sure our client would be well provided for as she moved forward in life.

Dolores had dutifully notified Social Security, banks and financial institutions of her husband’s death. So imagine the shock when one of the first acknowledgements she received, little more than a month after being widowed, was that her primary credit card has been cancelled.

“We are very sorry to hear of your husband’s death,” the letter reads. And then it continues.  “Accordingly we have cancelled this account.”

And there’s more. “Your application for a new credit card does not qualify at this time.”

Why? “The amount of your income and assets known to us is insufficient … as reflected in our records and in your credit report.”

In short, since Dolores had never worked or had independent income, she was only granted a credit card to use based on her husband’s credit history.  She herself had no credit history. When her husband died, the bank canceled the card. When she reapplied, it turned her down, citing her lack of credit history, even though her income and assets are virtually the same as before his death, with the exception of the loss of her spousal Social Security benefit.

So at age seventy-five, Dolores finds herself widowed, grieving and without a credit card in her own name, which makes it virtually impossible in today’s digitized world to rent a car, buy an airline ticket, or cover a medical emergency.

And she’s not the only one. Last year, a Tennessee woman was shocked and angered when her credit card was cancelled eleven days after her husband died.  “Depending on the card company, if you are an authorized user on a credit card, but the primary card holder dies, your card could be canceled,” warned the reporter covering the story.

How do we fix this?

Dolores is lucky. She does have assets and income, albeit no credit history.

And she has us (think of us as her “financial good fairies”) to wave a magic wand and help her obtain a new card in her own name.

Actually, as you’ve already guessed, there is no wand waving involved.  What is required is a fair amount of detective work to sort through Dolores’ financial paperwork and reconstruct an approximation of her income, expense and asset picture, so she can apply for credit in her own name and this time be approved. No magic involved.  Just time, skill and the financial acumen that many women of a certain generation never had the opportunity to develop.

How did this happen?

Women find themselves in this mess because of legislation intended to help (!)  them.

New rules enacted in 2011 told credit card companies they could no longer “consider household income  when assessing the creditworthiness of an individual who applies for his or her  own card. Under the rule, only an individual’s own salary or other income —  rather than combined household income — can be considered.”

There were disastrous side effects.

“One major effect of the new regulation: Stay-at-home moms (or dads) without  significant outside income (were) no longer able to open their own credit card  accounts — and establish their own credit histories to build their credit scores,” reported CreditCards.com.

Even the government recognized the negative impact of the legislation.  according to the FTC:

A good credit history — a record of your bill payments — often is necessary to get credit. This can hurt many married, separated, divorced, and widowed women. Typically, there are two reasons women don’t have credit histories in their own names: either they lost their credit histories when they married and changed their names, or creditors reported accounts shared by married couples in the husband’s name only.

What you, your mother, your daughter and other women need to know so this doesn’t happen to you

Start building your own credit history.  You can do this by applying for your own credit, or if you are a non-working spouse, applying jointly with a spouse or someone else. Just being an authorized “user” on a card doesn’t necessarily count. (But be forewarned: being a joint applicant can make you jointly responsible for all the debts).

Make sure the credit you have is being reported on your record, under your name.

For older women, make sure your access to credit won’t be cut off if your spouse predeceases you.  Talk to your credit card companies to clarify your status on your accounts.

Check your credit history annually.  The Fair Credit Reporting Act (FCRA) requires each of the three nationwide credit reporting companies — Equifax, Experian, and TransUnion — to give you a free copy of your credit report, at your request, once every 12 months. To order your report, visit annualcreditreport.com or call 1-877-322-8228.

Use credit responsibly and keep your credit utilization ratio low.

Good news! Just over one month ago, the Consumer Financial Protection Bureau (CFPB) changed the rules to make it easier for stay-at-home parents and others who don’t work to be  approved for new credit cards. Read an update here.