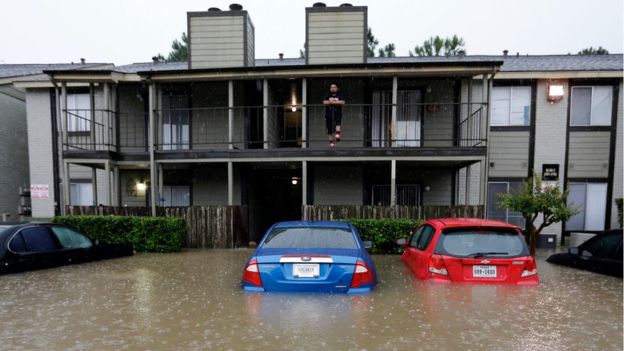 Houston is under water as a result of Hurricane Harvey, and without flood insurance, those losses may not be covered.

Five years ago, after Hurricane Sandy devastated parts of New Jersey and New York, we wrote about the importance of having flood insurance. Very few homeowners in that area were protected by flood insurance, and many suffered major losses.

Once again, with Hurricane Harvey, many homeowners are finding out the hard way that flood damage is not covered under your typical homeowner’s policy.

And unfortunately, many homeowners in Harvey’s path did not carry flood insurance. “Most homes in the path of Harvey don’t have the flood insurance that owners would need to rebuild if their homes are damaged or destroyed,” writes Chris Isidore for CNNMoney.

Only 15% of homes in Harris Country, which includes Houston, have flood insurance, according to CNNMoney based on data from the National Flood Insurance Program.

Compare that with the 90% of homes covered in Ocean City, Maryland, or in low-lying states like Florida, where residents hold an estimated 2.1 million of the nation’s 5.6 million policies.

“Many people aren’t aware they need the flood-coverage policies until it is too late,” reports the Wall Street Journal. They assume they’ll be covered by their regular homeowner’s policy, but they are not.

Since flood loss is not covered by homeowners policies, a separate flood insurance policy must be purchased to provide protection.

Mark Rindom, Principal Agent with Wiglesworth – Rindom Insurance Agency in Delray Beach, Florida, says many people erroneously believe they don’t need flood insurance if they are not near a body of water.

But the fact is that 25% of actual claims are on properties classified as low risk, reports Rindom.  His agency has been a major writer of homeowners insurance in South Florida since 2004.

The good news, says Rindom, is that right now purchasing a flood policy in low risk areas can be as inexpensive as $407 a year for $250,000 of building coverage, while the average single claim payment is valued at $43,000. That makes flood insurance a bargain, compared to the value of the coverage it provides.

Please help get the word out! Without a separate flood insurance policy, your home or property is not covered in a flood situation.

← Millennials Head To The ‘Burbs
Do You Know Your Senior Living Options? →

One Response to Houston’s Hurricane Harvey Lesson: Skipping Flood Insurance Can Cost You Your Home