A Small TARP Present Under The Tree 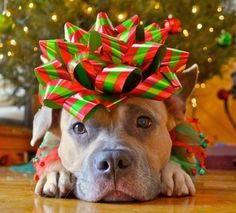 U.S. taxpayers just received over $15 billion under the tree, thanks to profits from the emergency TARP economic stability program.

U.S. taxpayers just received a small Christmas present of profits, worth a tidy $15.3 billion, from the winding down of the TARP program.

As you may recall, the TARP – or Troubled Asset Relief Program – was passed in 2008 to prop up the nation’s financial system and prevent a catastrophic economic meltdown.

The Government invested in the nation’s auto, insurance and financial institutions through the TARP program, and just sold its shares in Ally Financial, marking the final exit from almost all of the investments it made during the Great Recession.

The TARP program was roundly criticized at the time, but is now credited by supporters with saving much of the U.S. auto industry as well as many of its major financial institutions.

And who could have ever predicted that the TARP program would actually turn a multi-billion dollar profit?

That’s a nice bauble to find under the tree at holiday time.

← Buy Stocks, Not Houses, To Get Rich
Celebrating The Spirit Of The Holidays →