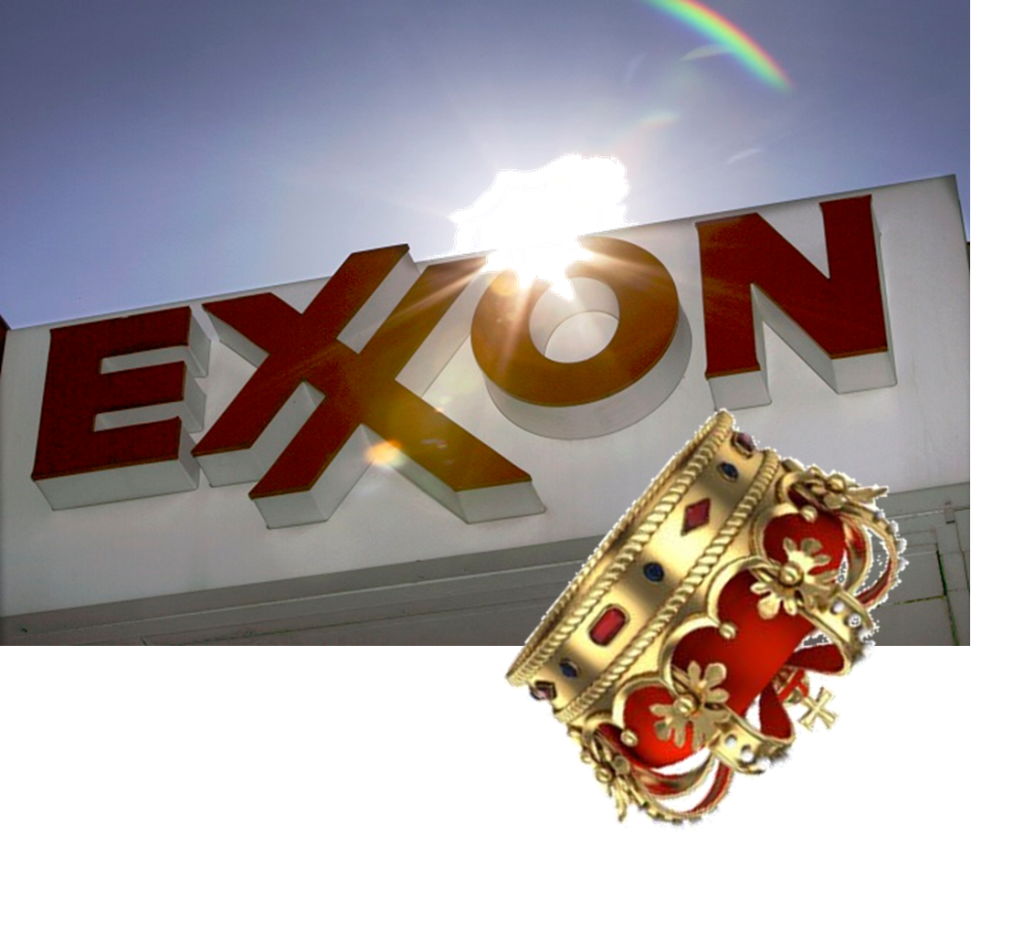 ExxonMobil loses its crown; now there are only two

The exclusive club of only three American companies with the coveted “AAA” credit rating – ExxonMobil, Microsoft and Johnson & Johnson – is now one-third smaller.

Last week Standard and Poor’s stripped Exxon of its prime rating, knocking it down to “AA+.”

Now there are only two.

What’s so special about the “AAA” rating?

The “AAA” rating has huge symbolic meaning. It is the absolute highest quality credit rating given out by Standard & Poor’s. To earn that rating, a company must have a Fort Knox-like balance sheet with an “extremely strong capacity to meet its financial commitments.”

Companies sporting the gold-standard of ratings can borrow at super low interest rates, giving them a significant financial advantage.

What happened with Exxon?

Weak oil prices are the main culprit behind the downgrade.

Exxon’s revenues have slumped, but the company continues to spend money on new business investments and hefty dividend payments to shareholders. That led S&P to issue the downgrade.

(See, Exxon’s part of another exclusive club called the Dividend Aristocrats, composed of 50 blue-chip companies with 25+ years of consecutive dividend increases. Exxon dearly wants to stay part of that elite group, so will struggle to avoid cutting its dividend).

Exxon is just the latest corporation to fall.

Not that long ago, in the early 1980s, around 60 companies had AAA credit, according to the New York Times.

By 2008, there were still six companies in the top echelon (the current group plus General Electric, ADP, and Pfizer – all three of which have since gotten the boot).

That left the current trio of ExxonMobil, Microsoft and Johnson & Johnson, which has just become a duo.

Of course, Exxon has nothing to be ashamed of.

Don’t forget that the U.S. Government lost its AAA rating in August 2011, when it was downgraded by S&P.

Where can investors turn for top quality investments?

The AAA rating may be rare in the corporate world, but it’s actually quite common among municipal bond issuers. So if you want to invest in bonds backed by the elite “AAA” rating, one way is to turn to tax-exempt bonds.

There are hundreds of top-quality muni bonds (one speaker at an investment conference I attended last week claims there are 930 AAA-rated municipal issuers, to be exact), and you can invest in a curated selection of those bonds by investing in a number of high-quality tax-exempt bond funds.

← The Passing Of A Prince
If You’re Well Off, It Pays To Delay Social Security →