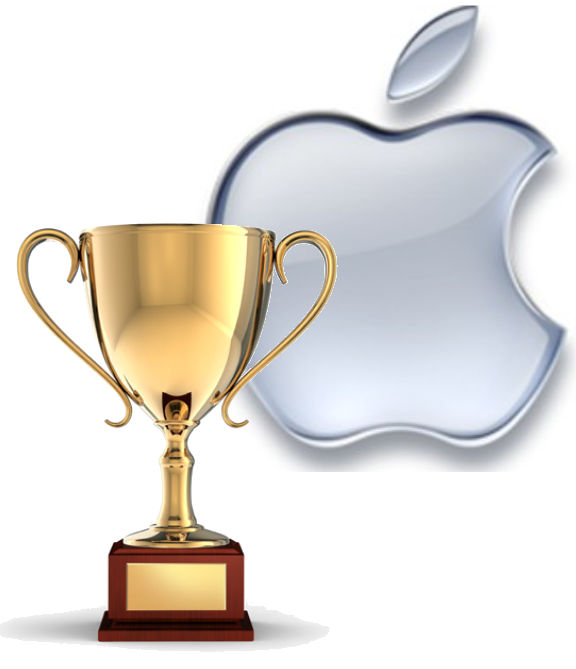 It became the first U.S. company to reach $1 trillion in market value (market value is the aggregate value of all shares of Apple stock held by investors).

Apple has been the most valuable publicly-traded company in America for most of this decade. Going back in time to 2010, the big kahuna was Exxon Mobil. In 1995, it was General Electric. In 1990, it was IBM, and in 1965, AT&T sat at the pinnacle. Time travel back to 1955, and General Motors was on top.

So what, if anything, does all this mean for you and your portfolio?

It’s good to be on top, but it won’t last forever. Just like Tiger Woods in the game of golf, or winning athletes in any other sport, it’s hard to stay on top. Someone younger, faster, stronger or better always comes along (and Amazon, Alphabet and Microsoft are already nipping at Apple’s heels).

So your portfolio needs to adapt. Sometimes it’s painful to let your portfolio change with the times. You may have a sentimental attachment to an old stock, or maybe just keep holding on to avoid paying capital gains taxes. It often makes sense to keep a mix of “old” and “new” stocks, but if your portfolio is full of stocks that haven’t topped the charts since Ike was in the White House, it’s time for a serious portfolio makeover. That’s where we come in. We help clients update their portfolios, providing an objective second opinion, needed diversification, and adding exposure to vibrant new market sectors.

Last Take: For an intriguing summary of market milestones since 1781, check out this article by Visual Capitalist.  And here’s a final market tidbit. Despite the trillion dollar hoopla, Apple is not the most valuable company in the world. That honor probably goes to Saudi Arabian Oil Co., Saudi Arabia’s state-owned oil company, which does not trade publicly.

← Quote Of The Week: Becoming A Caregiver, 30 Years Earlier Than Expected
Empty Nest? Here’s How To Make The Most Of Your New Freedom →