Good News On The Economy 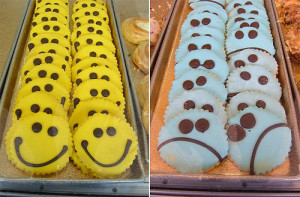 We do a lot of reading in the course of the week.  It’s important to keep our finger on the pulse of what’s new (and sometimes even exciting!) in the world of personal finance.

One blog we enjoy reading is penned by Sandy Leeds, a graduate professor of business at University of Texas at Austin. He does a great job of summarizing trends in economic and monetary data (so we don’t have to!).

One of Professor Leeds’ recent blogs focused on good news in the economy.  Since good economic news is often hard to come by, and most people don’t even seem to believe it’s out there, I thought it would cheer everyone up to post an excerpt (for the full text, see Sandy’s blog leedsonfinance.com):

“My blog topics tend to replicate my parenting skills, where I like to praise once for every 48 times I punish / criticize.  So, having just finished my 48th critical article, I thought that I would share some ideas from a more optimistic article that I read recently.

Roger Altman (President Clinton’s Deputy Treasury Secretary and currently the Chairman of Evercore Partners) wrote “The Fall and Rise of the West” that was published in the current issue of Foreign Affairs.  He identified five reasons to be optimistic about the United States:

1. The Housing Market – whenever this market has been pushed down far enough for a long enough period of time, it eventually rebounds.  New home construction and sales of those homes fell by two-thirds after the bubble.  In addition, banks have improved their mortgage underwriting standards.  Securitization markets and household attitudes toward mortgages and home-equity financing have become healthier.  Mortgage credit is more available.  Finally, population growth will couple with a recovery in household formation to drive high demand.

2. New Technologies in Oil and Gas – we now have access to energy deposits that were previously unknown or inaccessible.  Natural gas output is 25% higher than five years ago.  The output of oil and other hydrocarbons rose by 7% in 2012 (the largest single year increase since 1951).  The International Energy Agency projects that the U.S. will surpass Saudi Arabia as the world’s largest oil producer by 2017.  This will create jobs and reduce oil imports.

3. The U.S. Banking System Has Been Recapitalized and Restructured – they have shed the bad assets and improved their capital and liquidity ratios.  While outstanding loans are still below 2008, consumer credit started hitting new highs again in 2011.

4. The Great Recession has Spurred Greater Efficiencies in the U.S. Manufacturing Sector – unit production costs are 11% lower in the U.S. than ten years ago.  Foreign competition is seeing their costs rise.  Resurgence in housing is helpful because it drives demand for manufacturing.  The decrease in energy prices will result in lower manufacturing costs (and greater competitiveness).

5. Increased Chances That Washington Will Fix the National Debt Problem – President Obama has cited deficit reduction as his top priority and the Republicans are finding that their anti-tax stance is not politically popular with the masses (according to Altman, who is a Democrat).

Never able to give unadulterated praise, I’ll rain a bit on this parade.  I’m (by far) most excited about #2 (energy changes).  I think #1 (housing recovery) and #4 (manufacturing recovery) are significant, keeping in perspective that both are still coming off deep drops.  I’ll side with Dallas Fed President Fisher on issue #3 – we still need to end “too big to fail”, not just for the risk it creates but also for the unfair competitive edge that it gives to the largest banks.  Finally, I disagree with #5 – I don’t see the political will to solve the debt issue.  The hard decisions will involve how much we’re going to cut spending and / or increase everyone’s taxes (not just the taxes of the top income earners).  I don’t see the political will to take on any of these issues or to reach any compromise.”

Thanks, Sandy, for the excellent blog, and for doing your part to cheer up a few of the pessimists in the bunch. Time to pass around a few more of those smiley cookies at the top of this article!  By the way, love Austin.  Great food, nice people. One of these days I’ll post the picture of me with Bevo.

good news on the economy, leeds on finance