Has It Sunk In Yet? U.S. Winning The Powerball Of Energy 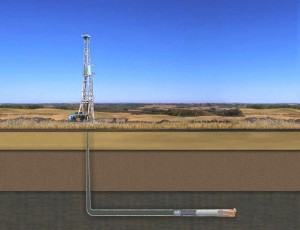 It’s probably something like winning the Powerball. The reality takes a while to sink in.

Last November, the International Energy Agency (IEA) released stunning new predictions about the world energy outlook that many of us who grew up during the 1970s oil shock could scarcely believe:

“Politicians have been warning for decades that the U.S. must wean itself from foreign energy, but just a few years ago their words seemed like so much wishful thinking. But in a turnaround that industry insiders describe as nothing short of amazing, the picture has drastically changed.”  CNBC

“The major factor driving domestic production higher is a newfound ability to squeeze oil out of rock once thought too difficult and expensive to tap. Drillers have learned to drill horizontally into long, thin seams of shale and other rock that holds oil, instead of searching for rare underground pools of hydrocarbons that have accumulated over millions of years.”  CBS News

It’s been several months since the IEA released its world energy report, but the future is indeed looking brighter for the U.S.  While the jury is still out, some economists are now pointing to the U.S.A.’s new homegrown energy resurgence as the catalyst for a new “American industrial renaissance.”

We’ll talk more about this (and how it impacts your investing strategy) in future blog posts, but here’s a quick and upbeat summary from investment strategist Richard Bernstein, founder and CEO of Richard Bernstein Advisors LLC.