How Safe Are Your Safe Havens? 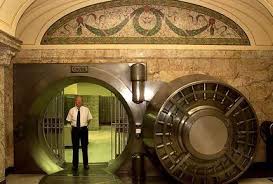 Over the last two decades, gold was found to be the least attractive “safe haven.”

Some investments have a reputation as “safe havens.”

A safe haven investment is “expected to retain or even increase its value in times of market turbulence.”

These are the assets you run to in times of trouble, confident that your money will be protected and secure.

But how safe are those safe havens?

Investment researchers at BlackRock looked at how traditional safe-haven investments held up during periods of turmoil and high financial stress over the last two decades.

Here’s what they found:

All the traditional safe investments did do better than the overall stock market during times of uncertainty. But some were much “safer” than others.

The best safe haven investment on a risk-adjusted basis?

What was almost as good?

Government bonds from Germany and the UK, as well as investments in Japanese yen.

That would be gold.

What was most surprising about the findings?

Researchers were surprised that gold, while holding up better than the overall market in times of turmoil, was one of the least attractive “safe” assets. (That’s because of its big price swings both up and down, which makes it less appealing on a risk-adjusted basis, and the fact that unlike other investments it pays no income).

And ironically, even when market turmoil is caused by the U.S. government (for example, during the government shutdown or U.S. debt downgrade), U.S. government bonds are still the “safest” safe haven.  Go figure.

According to BlackRock, investors have “faith that the U.S. government will always solve its problems, even if the solutions come at the last minute.”

What’s the problem with safe havens?