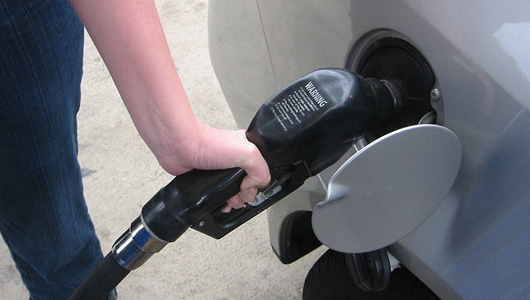 Cheaper energy is a good thing, but the sudden drop in prices is rattling the global economy and U.S. energy producers.

Who thought a few scant months ago that oil prices could drop that quickly to multi-year lows?

To consumers and many businesses, lower oil prices may be a good thing, but they are proving very disruptive to the stock market as well as the global economy.

The price of U.S. crude has dropped under $55 per barrel, and is now down over 45% from its highs earlier this year.  The price collapse has been so relentless that analysts are questioning whether the world economy can withstand the shock.

How low can oil fall? Will the benefits outweigh the damage, or is this like the beginning of the mortgage crisis … a seemingly isolated event that escalates by knocking over other dominoes one by one?

What’s behind the big drop?

The drop in prices stems from cuts in demand as world economies slow. At the same time, energy supplies are ballooning thanks to shale production. OPEC members have been unwilling to cut back their own production, pushing prices into a free fall.

“If the global oil glut is not brought under control, prices will slide towards $50,” say analysts at Bank of America. Lower prices will force costlier  exploration and production projects to be scaled back, and may force weaker producers into mergers or bankruptcy.

Signs of something more serious?

The danger is if this downward spiral is signaling a global recession rather than a temporary slowdown. It’s too early to tell, but a worsening collapse of oil and other commodity prices would urge caution as we plan our investment strategies for the New Year.

One likely impact of this oil shock: interest rates will stay lower longer. The Fed will need to delay and moderate any hike in interest rates until later in 2015 to combat potential deflation and the worldwide malaise.

← Bye Bye Ozzie And Harriet
Buy Stocks, Not Houses, To Get Rich →