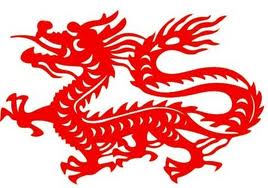 The New Year is getting off on the wrong foot, as the stock market meltdown in China sets off negative echoes in U.S. financial circles.

It’s easy to lose your head in a market panic, but expert opinion on China urges a more thoughtful and measured approach. The key message: the Chinese stock market is not the Chinese economy, and recent events don’t necessarily signal a coming Chinese economic collapse.

Andy Rothman, Investment Strategist at Matthews Asia – a U.S. investment manager focused on Asian markets –  notes that consumer goods and services (not manufacturing) now make up the biggest part of the Chinese economy, and they’re doing quite well. The Chinese stock selloff is not a sign of a worsening Chinese economy, and doesn’t foretell a downturn for the global economy.

“China’s stock market is still small enough that what happens in it doesn’t really matter for its economy,” argues Matt O’Brien, writing for the Washington Post.

Those comments are echoed by Jeffrey Kleintop, chief global investment strategist at Charles Schwab. “In many countries the stock market can be seen as a leading indicator of the economy. But that is not true in China. You really can’t get any less related than the Chinese stock market and its economy.”

While China’s main stock markets rank second in the world in terms of market value, after the New York Stock Exchange, there the similarities end. Unlike every other major stock market in the world, writes the Wall Street Journal, China’s markets are relatively closed off to foreign investors and “trade like the wildest emerging markets with huge volatility, big boom and bust cycles driven by fast-trading individual investors and heavy involvement from the government.”

The Takeaway: Global investment strategists remain closely focused on Chinese economic news, but warn that Chinese stock market volatility may have limited lasting impact on global finances. Don’t sabotage your own long-term investments by overreacting to short-term events and overheated news coverage. The Chinese stock market gave investors a +8% return in U.S. dollars for 2014, then reversed and lost 7% in dollar terms for 2015. That hardly seems like fodder for bringing the free world economy to its knees.

← Quote Of The Week: “This Is Just What Markets Do”
Update: New Perks For College 529 Plans Will Make Life Sweeter For Parents →