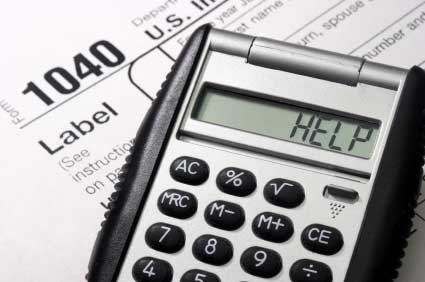 There is nothing certain about the 2013 tax outlook, and that uncertainty is frustrating investors and businesses trying to plan for the coming year.

The Bush-era tax cuts (dating back to 2001) are set to automatically expire on December 31, 2012.  Unless Congress acts, taxes will increase for almost all tax-paying Americans (we don’t mean to take sides, but higher tax bills are a legitimate concern for most of our clients).  Without Congressional intervention, here is what the expiration of the Bush tax cuts might mean to taxpayers.

Impact:  According to the tax analysts at Fidelity Investments, this represents an increase of 13% in taxes due.

The dividend rate will increase for all brackets.  No longer benefitting from the advantageous 15% rate, dividends will be taxed as ordinary income, at the individual’s highest marginal tax bracket.  For higher income taxpayers (above $200,000 single or $250,000 married), there is an extra 3.8% tax, meaning the top rate on dividends will actually be 43.4%.  Of course, the tax bite will be even higher for taxpayers in states and counties imposing their own tax schedule.

Impact: According to the tax analysts at Fidelity Investments, this represents an increase of 164% in taxes due. (The tax increase will be even greater for high-income taxpayers subject to the Medicare surtax of 3.8%).

Impact:  According to the Fidelity tax analysts, this represents an increase of 33% in taxes due. (The tax increase will be even greater for high-income taxpayers subject to the Medicare surtax of 3.8%).

Are these the policies that will be implemented come January 1, 2013?  No one knows. The Bush-era tax cuts could be extended, in whole or in part, by Congress.  Other modified tax proposals have been put forth by the White House and Congressional leaders. We may not see any definitive movement on tax policy until after the elections.

How to plan for the coming changes?  “Tax planning is seldom simple, but lately it has been next to impossible,” writes columnist Laura Saunders of the Wall Street Journal.  We hope to see additional clarity as we approach year-end and will be standing by to implement any advantageous end-of-year tax moves, such as taking capital gains at 2012’s lower tax rates, emphasizing tax-exempt income, and increasing retirement contributions to minimize taxable income.

Financial Tip: Want a “guesstimate” of how the potential tax changes might affect you?  Take a look at Fidelity’s calculator to see how much more you might owe. (Hint: it could be ugly!).

← In The News
Quote of the Week: Millionaires Keep Housing Costs Down →