Why MyRA Is A MySTAKE

By Mari Adam on February 4, 2014 in Investing, Retirement 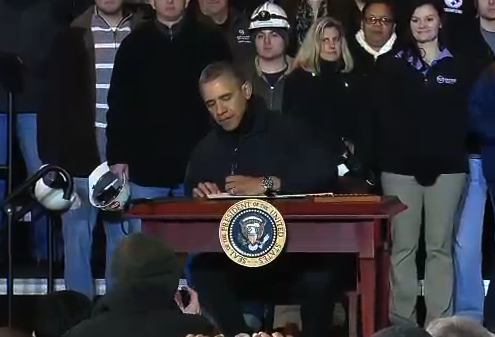 Sorry.  That doesn’t rhyme very well. But there is no doubt that the President missed the boat in rolling out the new MyRA retirement account.

If you missed the announcement, MyRA (pronounced “My RA”) is a new plan for people who have no retirement plan through their employer.

It lets them save up to $5,500 per year in a Roth-type account, but instead of going to Fidelity, Charles Schwab, or their local bank to open the account, they can sign up for free with another vendor (yet to be determined), set up payroll deductions through their employer, and invest in the “G” Fund (Government Securities Fund) now available to government employees in their Thrift Savings 401(k) plan.

The best thing I can say about the new MyRA plan is it probably won’t do any harm. Maybe it will actually become a stepping stone to something with real value. Or maybe not.

The worst thing is that it won’t do any good either.

It reinvents the wheel. Everything you can do with MyRA, you can already do for free with a mutual fund company or broker, like Fidelity or Schwab. Why create yet another plan?  People are confused enough as it is.  It’s like going into the grocery store and having to choose from 84 brands, sizes, and flavors of peanut butter.  Does it really help the consumer, or just confuse them?

The investment solution offered does a disservice to savers.  Yeah, you can’t lose money, but you can’t make any either. If you save $100 per month under the new plan for five years (which, by the way, is not easy for lower-income folks), you’ve accumulated $6,000 of your own money, and earned a whopping $6 per month in earnings. That’s better than nothing, but let’s not pretend that will get you any closer to retirement.

The “G” fund is what I would call an “investment on training wheels.” It has earned a paltry 2.3% on average each year for the past five years.  It’s precisely the type of investment that is spectacularly unsuited to a long-term retirement account, as it will barely keep you ahead of inflation. Participants who spend a lifetime invested in the new MyRA will learn an unfortunate lesson; saving is a waste of time and generates no return. If the President wants to “close the gap between rich and poor,” as he professes, this is scarcely the way to do it.

The MyRA doesn’t attack the real problems. Many people don’t save because they don’t make enough money to do so. MyRA doesn’t do anything to solve that problem. And how about all those people who have enough money to save now, but don’t? Will rolling out another plan with inferior investment options suddenly convince them to save?  Most businesses (especially small ones) don’t offer retirement plans because the current rules are too complicated. There are already too many plans, all with different rules, formulas and limits. MyRA is just one more.

Back to the drawing board? This may be the best plan that the President feels he has the authority to put forward without Congressional involvement. Unfortunately, it won’t do the trick. It won’t solve the retirement savings crisis, nor will it narrow the wealth gap. As most Americans know, the time-tested ticket to creating wealth in this country isn’t gained by investing in government bonds, but owning a share of those dynamic companies that make this country great.

← How Safe Are Your Safe Havens?
Five Minute Fix: Best Financial Moves In Your 20s and 30s →