Your Questions About The Shutdown and Debt Ceiling 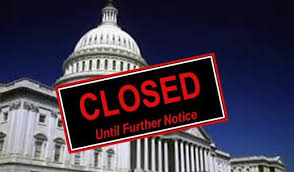 What is going on with the debt ceiling?

The U.S. government will be nearly out of cash by October 17. However, it can probably make it through to November 1. At that point it would probably become unable to pay its obligations, including Social Security and other payments.

That’s why the market insiders we’ve heard from consider it quite possible that an agreement could be delayed until after October 17 (they consider the real “drop dead” date to be closer to November 1).

They say that even Congressmen who privately understand how damaging this political spectacle is to the U.S. economy and global leadership position claim they are being pressured by constituents to “make a stand” and push this exercise in brinkmanship to the extreme.

But make no mistake. A U.S. default would be catastrophic and would cause severe disruptions in the global economy.  For that reason, the risk of default is considered to be very unlikely.

“In the near-term, any budget agreement would be viewed as a positive, but if the best Washington can do is a series of short-term extensions, there will be an economic price to be paid. Ongoing and elevated levels of political uncertainty will spark higher levels of market volatility, act as a drag on business and consumer confidence and will negatively impact economic growth,” says Russ Koesterich, Black Rock’s Managing Director and Global Chief Investment Strategist.

What does the government shutdown mean for economic growth for the rest of the year?

So far, the impact of the shutdown on the economy has been limited, especially since the announcement that government workers will receive pay for the time they were furloughed.  Economists estimate that the shutdown subtracts about 0.1% growth from the economy each week. So far, growth estimates for the U.S. are still running in the range of 1.9% to 2.5% for the fourth quarter. Of course, the longer the shutdown continues, the more damaging it will become.

According to research, there have been 17 government shutdowns since the current budget process began in the mid-1970s. The average shutdown lasts about five days.  The stock market tends to suffer modest losses before and during a shutdown, but rebounds afterward.

Did you know? The government shutdown of 1995-1996, when Bill Clinton was President, was the longest and lasted 21 days.

What does this mean for “tapering,” higher interest rates, and inflation?

By creating more uncertainty and economic weakness, this will likely push back even further the start of any “tapering,” which means that we’re unlikely to see higher interest rates for a while.

Forget about inflation.  Right now, it is not in the cards at all.

The insider view we are hearing from economists and market strategists: government shenanigans aside, the economy is picking up. If the government doesn’t mess it up, we should be in recovery mode.

Should I be getting out of the markets?

Longer-term investors, such as those investing in retirement accounts, or investing money they want to grow for five years or longer, should stay right where they are. We saw all too well in the 2008 Great Recession that those who “bail” reduce their wealth permanently, and don’t recover, by exiting at the market’s low point.

That said, there are some technical concerns about short-term Treasury bill liquidity (e.g. whether there will be any delays in cashing in short-term government bonds at maturity), which has led some banks and fund managers to sell their very short-term Treasury holdings, but these are not concerns that would affect the ordinary, non-institutional investor.

Almost all the market insiders we are hearing from say the Washington standoff has had little impact on their investment strategies. There is no wholesale exodus from stocks or bonds. Let’s face it.  If all the institutions and foreign governments holding that $12 trillion of outstanding government debt did decide to sell, where could they possibly place all that money?  In an uninsured money market?  Not likely.

We suggest using current events as a reminder of how to invest wisely: