By Mari Adam on May 15, 2012 in Investing, Making, Spending, and Saving Money, Retirement 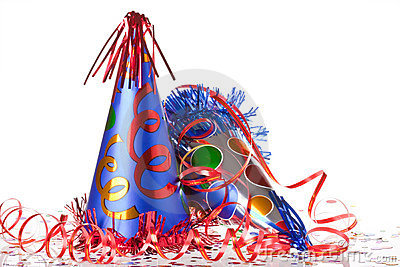 Bonds have enjoyed a strong, thirty-year bull market, but is that run soon to reach its end?

The signs are certainly pointing in that direction.

Interest rates have been on the decline since the early 1980s, but will eventually turn around and head up. That’s not good for bonds, as the prices of existing bonds decline as current interest rates rise.

“I think it’s the end of the bull market in bonds,” said Dan Fuss, vice chairman of Loomis Sayles & Co. and manager of the $21.2 billion Loomis Sayles Bond Fund. Once interest rates start to rise, says Fuss, “you’re probably looking at a 20- or 30-year secular trend of rising interest rates.”

But before everyone starts running toward the exits, there are some very important caveats.

Higher rates may be coming, but we really don’t know when.  Economists and policy wonks have been steadily and very wrongly predicting higher interest rates (and inflation, for that matter) since 2009 (see, for example, Arthur B. Laffer’s June 11, 2009 piece in the Wall Street Journal titled “Get Ready for Inflation and Higher Interest Rates”). The Fed has said it expects to hold rates steady until 2014. They may well end up moving the timetable forward, but for every factor pushing rates higher there is at least one pushing them back down just as hard. Don’t waste your time trying to call interest rates with any precision.

Whatever the trajectory of interest rates, most investors still need to hold bonds.  Bonds offer a reliable income stream and relative stability, and deserve a place in almost every investor’s portfolio.  The alternative would be to hold a portfolio composed exclusively of stocks and other higher return but higher risk investments – not a reasonable or desirable option for most risk-averse investors.  Even if you anticipate a rockier future for bonds, you still need to hold them in your portfolio, according to your risk tolerance and investment objective.

Not every type of bond will be negatively affected by higher rates.  Bonds come in many sizes and colors, and some are much less sensitive to rising rates.  In the portfolios we manage, we have been adjusting bond holdings in anticipation of higher rates for well over a year. Higher quality, lower paying bonds like Treasuries and other government bonds are likely to take the greatest hit from higher rates. That’s why it makes sense now to allocate money to more resilient bonds like corporate issues, floating rate and high yield, non-U.S. debt, municipals, non-agency mortgages, and other off-the-beaten track offerings.

The love affair with Treasuries isn’t coming to an end right away.  Absolutely no one finds Treasury bonds attractive from a financial standpoint, but that’s not the point. High quality bonds like Treasuries are the safe harbor of choice for investors spooked by global headlines.  The bond party will only come to an end when the desire for profits outweighs global fears.

Even if rates nudge higher, it may not be the end of the world. “If we move higher from here, it’s because the economy is getting better,” said Ira Jersey, interest rate analyst at Credit Suisse, interviewed by the Wall Street Journal.  The last series of rate hikes was from June 2004 to June 2006, when the Fed hiked rates 17 times (from 1.00% to 5.25%). Yet, during that period the S&P 500 rose over 15% and the bond index rose almost 6%.  The silver lining of rate hikes? While current bond prices take a hit, income flows increase as maturing bonds are replaced by new bonds with higher yields.

Conclusion: Hardly a day goes by without the financial media trumpeting the “bursting of the bond bubble.” Take the headlines with a grain of salt. Bonds are in your portfolio for a reason. Those reasons are not going to change, even if interest rates do.