Missed It Before? Here’s The Scoop On The New Social Security Rules 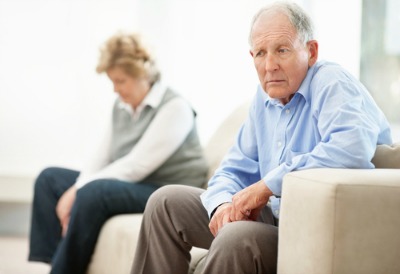 These Social Security cuts will save the program money but might cost you thousands in lost benefits.

We ran an overview of the new Social Security rules back in November, but we’ve been getting numerous client calls on the subject now that the final filing deadline is rapidly approaching. So if you missed it the first time, here’s another update on changes in Social Security and who’s affected:

That Bipartisan Budget deal just passed by Congress and signed by the President had a nasty surprise hidden inside which could cost future claimants tens of thousands in lost benefits.

It did away with two popular, but complex, Social Security claiming strategies allowing couples (both married and divorced) to maximize lifetime benefits, using the “file-and-suspend” and “restricted applications for spousal benefits” techniques.

We’ll be reviewing the changes with affected clients on a case-by-case basis. In the meantime, here’s a summary of what’s changed:

And then the bad news. The reforms could cost some couples $60,000 or more in lost benefits.

What’s being eliminated? The strategies being phased out are “file-and-suspend” and “restricted applications for spousal benefits.” Both allow couples to collect spousal benefits while delaying worker’s benefits, a strategy that maximizes lifetime earnings.

What if you’re already claiming benefits? If you are currently collecting benefits and using these strategies, you are grandfathered in and won’t be affected by the change.

If you are younger than 62 on January 1, 2016, you will lose the future ability to switch between spousal and worker benefits, a current technique to maximize benefits. Half of all Baby Boomers will lose potential benefits, according to some estimates.

If you are 62 or older as of January 1, 2016, but under Full Retirement Age (FRA, usually 66), you can still benefit from the current strategy to take spousal benefits, then switch to worker’s benefits, but only after you reach 66. This allows your own worker’s benefit to keep growing until age 70, and maximizes your total lifetime benefits.

If you or your spouse will be 66 as of April 30, 2016, and you would like to use the “file and suspend” strategy, you must do so by April 29, 2016. After that date, this strategy will no longer be permitted. This technique lets couples maximize benefits by combining spousal benefits with strategically delayed worker benefits, so worker benefits keep growing until age 70.

Note: Clients in this category should note we’ll be consulting with you on a case-by-case basis before the deadline, so you can make the right decision before this strategy is forever barred.

Does it still pay to delay benefits? Absolutely. The longer you wait, the bigger your benefit will be. “Delaying benefits will be more important than ever,” said Elaine Floyd, CFP® professional and director of retirement and life planning at Horsesmouth, a New York firm that works with financial advisers. “Now that couples cannot depend on the extra boost of spousal benefits, they must pay special attention to their own lifetime benefits and maximize them to the extent possible by filing at 70.”

What about people receiving survivor (widow/widower) benefits? Survivor benefits are not affected by the new rules.

How about divorced individuals? As currently written, the new rules will reduce options open to divorced persons. There is some possibility that this portion of the rules will be revised, as it could harm women who set aside their own career to care for family.

Where can I find more details? If we haven’t already contacted you, give us a call to discuss your options. And make sure to check out our article on how your local Social Security office may be steering you wrong on options available under the new rules (see Social Security Changes: Is Your Local Rep Giving You Bad Advice?).

← Which South Florida Banks Ranked Tops For Financial Stability?
Quote Of The Week: “We’re sick and tired of waiting for you to drop dead. We want our money back.” →