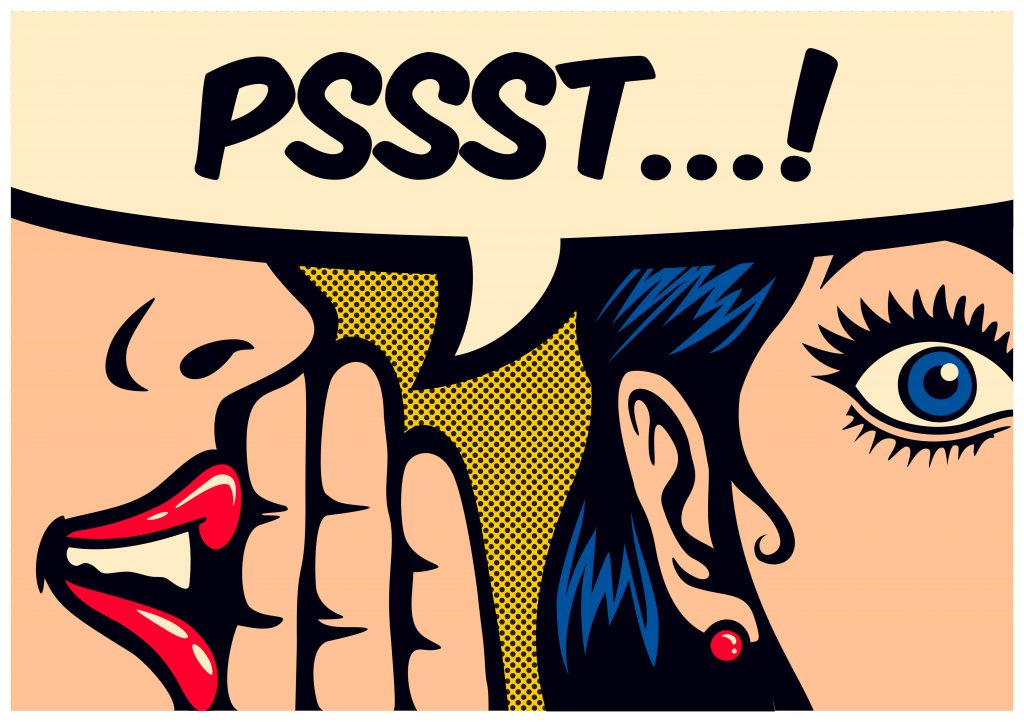 Back in 2018, we ran our first blog article about IRMAA, the stealth tax raising Medicare premiums for higher income retirees.

Three years later, we continue to get calls from clients complaining about these nasty Medicare premium hikes, and it seems like even more of our retired clients are being bit by these back-door tax increases.

IRMAA is an acronym that stands for Income Related Monthly Adjustment Amount, which is an extra charge added to your Medicare Part B and prescription drug premiums if your income exceeds certain amounts.

Think of IRMAA as an unwanted house guest that just doesn’t want to go away. Believe me, no one likes IRMAA or wants her hanging around, but she is definitely hard to get rid of.

Have you been hit by IRMAA? Here’s a quick update on how IRMAA works, what IRMAA can cost you, and what you need to do to give her the boot.

IRMAA is basically a stealth tax. It’s a way of collecting more tax revenues from higher-income retirees in a way that most people don’t even notice. The tip off? If you’re subject to IRMAA, the Social Security Administration will send you a letter of explanation telling you they are charging you a higher Part B and Part D premium based on your higher income.

IRMAA kicks in for about five percent of people on Medicare, triggered by higher levels of income.

The same holds true for Medicare prescription drug coverage (Part D). If you’re a higher-income beneficiary, you’ll pay monthly drug premiums plus a supplemental amount, based on your income.

If IRMAA kicks in, you’ll actually pay quite a bit more for your Medicare coverage.

Medicare determines if you’ll need to pay a supplemental amount by reviewing your tax return  from 2 years prior. To calculate your 2021 IRMAA supplemental charges, they looked at your 2019 return. For the 2022 IRMAA charges, they’ll look at your 2020 return and will send you a letter with any revised premium amount(s). 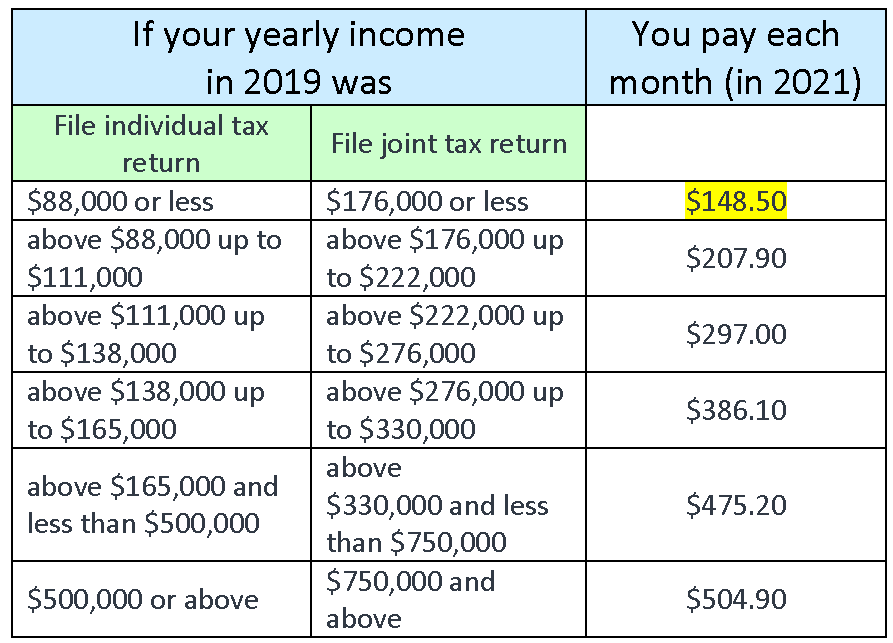 In 2021, most people – without IRMAA – will pay the standard Medicare Part B premium amount of $148.50 (see the accompanying chart).

But if your modified adjusted gross income as reported on your IRS tax return from 2 years ago is above a certain amount, you’ll pay the standard premium amount plus IRMAA, which is an extra charge added to your premium. Note that these are per person charges.

Here’s an example. If you file an individual return and your modified adjusted gross income is $140,000, you will pay a higher Medicare premium of $386.10 per month instead of the base amount of $148.50 per month. That’s a steep increase.

As your income increases, so do the extra Medicare charges, to the point where each person could be paying more than three times the standard rate. For example, at the highest income levels, you could be paying $504.90 per month each instead of $148.50. That’s a big hike.

You can appeal the charges if special circumstances apply, such as a divorce, job loss, or other event that would reduce your income going forward (we have had clients successfully appeal the charges, but it requires both time and effort).

You may have been hit with IRMAA because of a one-time property sale or Roth conversion. The good news? Next year, if your income drops, IRMAA will no longer apply (although you may need to file an appeal to get rid of it). If you’re near a tax borderline (the level at which you jump to another income tranche), we can also try to modify portfolio income flows so you stay inside the lower boundary (hint: make sure you share with us your tax returns so we know where you stand).

But for many people, there is no escaping IRMAA. Why? They are fortunate to count on steady inflows from pensions, Social Security, IRA withdrawals and other portfolio income, and those are exactly the income sources the government is eager to tax in its quest to prop up Medicare. Switching to tax-exempt or municipal bonds doesn’t help, as the IRMAA calculation “adds back in” all tax-exempt income.

IRMAA has become a significant “stealth tax” on higher income retirees, but it will be difficult to escape given current rules. For more information, take a look at the Social Security Administration’s brochure on Medicare premiums for higher income beneficiaries or give us a call. Keep in mind your income this year affects your IRMAA surcharges two years out, so make sure you share your tax returns and tax details with us so we can do our best to help you avoid these charges if possible. The bottom line: the only sure way to avoid IRMAA is to minimize your income, and that is something most retirees – for obvious reasons – do not care to do.