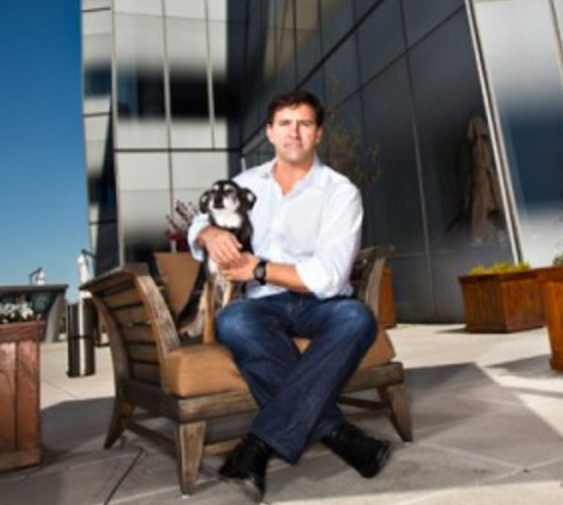 Match.com CEO Greg Blatt with his rescue dog at a “Take Your Dog To Work Day” event

You’ve heard that a dog is a man’s best friend, right?

Here’s a heartwarming story about a man who loved his rescue dog so much that he transported her cross-country when his job relocated. She repaid his devotion by saving him $430,000 in a landmark New York tax case.

Gregory Blatt, CEO of dating sites Match.com, Tinder, and PlentyofFish, was relocated from New York to Dallas in 2009. He reportedly fell in love with his new job and life in the Lone Star state, and frequently took his 17-year-old rescue dog to the office with him while serving as CEO.

However, New York tax authorities had a different view of the situation. Ever-vigilant in their tax collection duties, they disputed Blatt’s relocation story, and pursued him for more than $430,000 in alleged overdue state personal income taxes plus interest and penalties. They claimed that Blatt’s retention of a New York condo after his move to Texas showed he never renounced his ties to the state, and remained a state resident subject to steep New York taxes.

However, a judge ultimately decided in Blatt’s favor and declared no taxes due. The clincher?  When Blatt moved his elderly rescue dog from New York to Texas, despite her age and the unfavorable Dallas climate, he showed he wholeheartedly embraced the Texas relocation and clearly intended to leave his New York domicile behind.

The Takeaway: State residency and tax domicile are about much more than where you spend your days. It’s about what’s “near and dear” to your heart, especially when an aggressive tax-collecting state is in pursuit. Unfortunately, while Blatt won his tax case, he impressed his corporate bosses so much that they awarded him another promotion …. and a move back to New York.