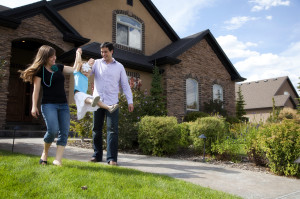 Hard to believe, but many Gen Xers have already turned forty.

Gen Xers are known as the “baby bust” generation, sandwiched in between the older Boomers and the younger Millennials.

Less numerous than Baby Boomers, Gen Xers total around 48 million.  They were born between 1965 (Robert Downey Jr.) and 1976 (Ryan Reynolds), which now puts them in their late 30s to mid-40s.

When it comes to money, Gen Xers have had an especially tough time of it.

If you or someone you care about is in Generation X, here are some tips on how to succeed in an often hostile economic world.

The Gen X world has been one of uncertainty. Says one research study, “Generation X grew up in a very different world than previous generations. Divorce and working moms created “latchkey” kids out of many in this generation. Generation X saw their parents get laid off or face job insecurity. Many of them also entered the workplace in the early ’80s, when the economy was in a downturn.”

Many Gen Xers found that when they entered the workforce, the good jobs had already been snapped up by the Baby Boomers, who showed no inclination to make room for the younger generation.

As eloquently put by Forbes magazine:

“Generation Xers are suffering the double whammy of experiencing touch economic times at a particularly vulnerable financial stage of life. While most Millennials were too young to own stocks or real estate during those market crashes and Baby Boomers enjoyed decades of growth in both assets throughout the 80s and 90s, many Gen Xers had the misfortune of starting their investing just as both markets were peaking.”

But demographics isn’t destiny.  Sure, Gen Xers have been dealt a difficult hand, but they can succeed if they master these 5 key lessons:

1). It’s all up to you.  Social Security may still be there for you, but only in a scaled back version.  Pensions have gone the way of the dinosaur. Even more so than with the Baby Boomers, it’s up to you to save and fund your own retirement. “Most Gen X Americans will have to rely solely on their savings to fund their retirement, yet few are taking full advantage of the retirement savings vehicles available to them,” says Cecilia Shiner, senior analyst at LIMRA Retirement Research.

The Solution: Gen Xers need to start early to fund their own traditional IRA or Roth IRA accounts. A Roth IRA is a great choice for Gen Xers since it can do double-duty as a long-term retirement and emergency savings account. They should try to maximize their workplace 401(k)s by increasing contributions each year. Own your own business? You’re in luck; small business savings plans like SIMPLE-IRAs, Individual 401(k)s, and SEP-IRAs often have high contribution limits, and are easy and inexpensive to set up and maintain.

2). Take the long view when it comes to investments.  Many younger investors shy away from growth investments, like stocks, since they’ve lived through two big market declines.  But that’s a huge mistake. With a long time horizon ahead of them, and only themselves to count on, Gen Xers need more than average growth.

More than half of Gen X consumers in the U.S. admit having “little or no knowledge about investments and financial products,” according to a recent LIMRA study. And investment specialists at Charles Schwab & Co. say many don’t realize that they can contribute to both a 401(k) plan and an IRA, helping to explain why 82% of Gen Xers have no IRA at all.

The Solution: The good news is that Gen Xers have lots of time to play catch up, but only if they start now. Make sure you have enough of your portfolio allocated to stocks (use an asset allocation calculator or target date fund to help you determine the right amount of growth investments for your portfolio). Get educated about the market and investments. There are many free resources to help you invest on the web.

3).  Don’t overlook the basics. In an effort to save money, many Gen Xers forget to take care of the basics, like adequate life insurance, an emergency fund, and estate planning documents. Those documents and risk management tools aren’t just for the old.  They protect young families from unforeseen and catastrophic events.

The Solution: If someone depends on you financially, you should be covered by insurance. The good news? Term insurance is inexpensive and easy to apply for. Regardless of age, you should also have a Will and Durable Power of Attorney.

4).  Live for today, but save for tomorrow. “Generation Xers are the most likely age group to live beyond their means,” says Erik Carter, resident financial planner at Financial Finesse, a leading provider of financial education for employers nationwide. Credit reporting firm Experian reports that Generation X is shouldering the most debt of any age group, with average debt totaling more than $111,000 (most of that is mortgage and student loan debt.)

The Solution: Take control of your cash inflows and outflows. Track your cash flow using Quicken or Mint so you know exactly what comes in and goes out. If you charge it, make sure to pay it off at the end of the month. And don’t overconsume. You can’t replicate the living standard of your parents when you’re half their age and still in debt.

5).  Play to your strengths. OK, so the demographic powers-that-be dealt you a bad hand.  But as a member of the Gen X generation, you also have some aces up your sleeve.  Your generation has unique skills and characteristics that set you apart.

The Solution: Gen X is the first generation where women are as ambitious, and have as much or more earning power than men. The Gen X woman won’t make the Boomer mistake of waiting for Prince Charming;  she’ll focus on getting to work and building her own nest egg.  Having faced a series of headwinds, Gen Xers are tough, hard-working and resilient. They’re willing to jump ship, change jobs or go out on their own to find success. They know the key is to invest in themselves and their own financial future, rather than count on government or corporate largesse.

← Quote Of The Week: Living Within Your Means In Retirement
The 60/40 Portfolio: Still Going Strong? →