Quote Of The Week: How Staying Home With Your Kids May Cost Way More Than Childcare

By Mari Adam on August 2, 2016 in On Your Own: Money Smarts For Millennials, Women and Money 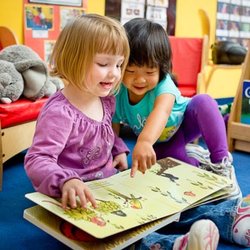 Many new parents want to stay home with young children, but the decision to stay home is a complex one involving many factors, including daycare costs.

Here’s what happened when Michael Madowitz, a think tank economist, tried to research exactly how much it would cost the family if his wife stayed home with their young children. He ended up writing a program to compute the total cost, and was astonished when he saw the final tally, as told to Fortune Magazine:

“The results surprised him: He had assumed that taking a break from work might cost about as much as a car, but, in fact, it was “closer to a house,” he says.

The average American woman taking a 5-year break from her career starting at age 26 will lose out on $467,000 in income, wage growth, and retirement assets and benefits over her lifetime. An average American man of the same age will lose $596,000.

How does the price one pays for taking a career break compare to the price of childcare?

Even in Washington, D.C., where child care is most expensive in the country at about $1,400 per month for a four-year-old, paying for five years of care will run a family $84,000. A steep price to pay, but much lower than the $500,000 in income lost if a parent decides to take on the responsibilities of childcare him or herself.”

The Takeaway: Want to run Michael Madowitz’s calculator for yourself? You can find it here.

← The Happy Medium Between Spending vs. Saving
Tips To Tell Zika To Buzz Off →